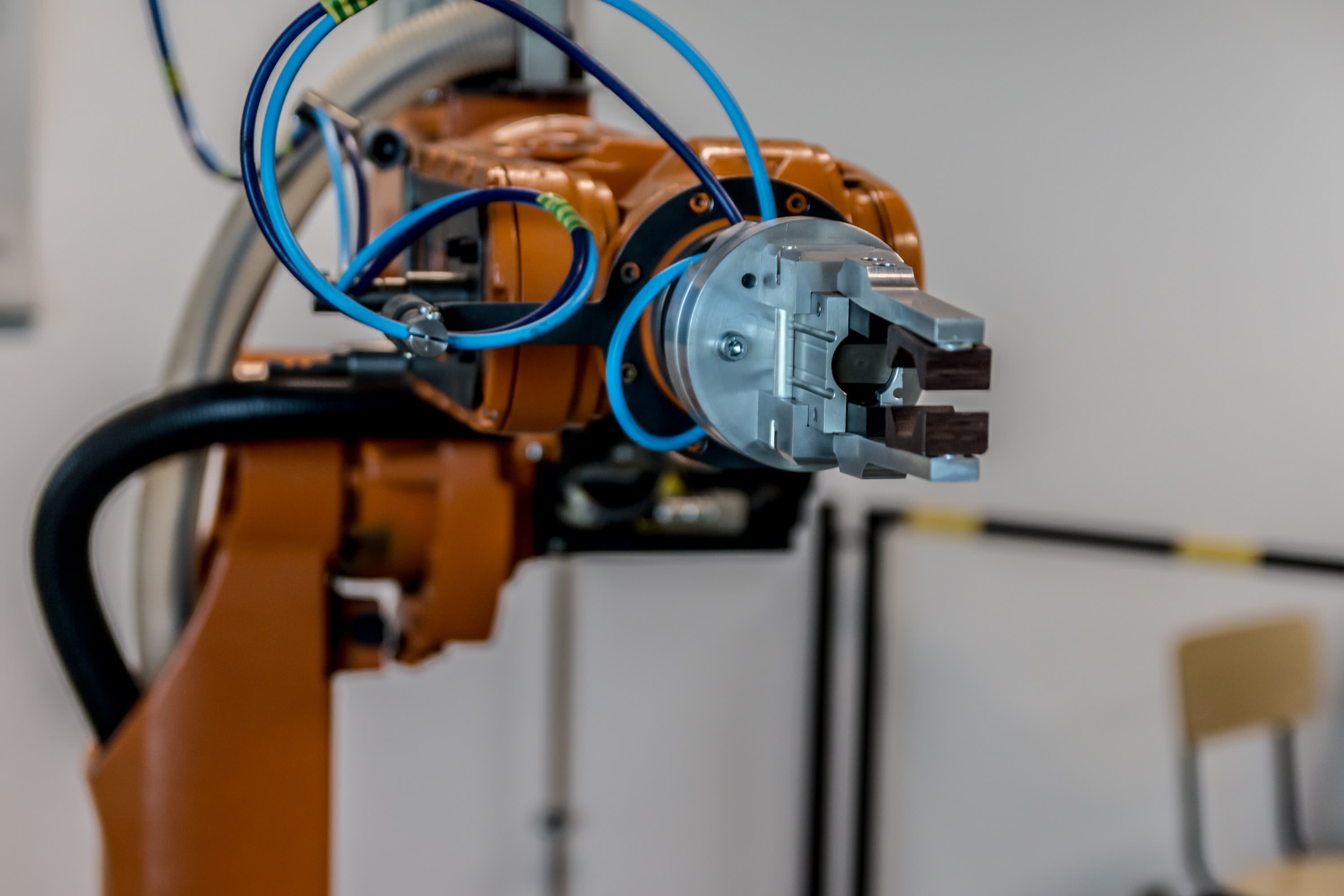 Automation is one of the most innovative areas of the industrial sector, with some of the world's most forward thinking brands constantly developing new ideas to assist the efficiency and turnover of factories and plants across the globe.

Already over the past several decades, manual work in factories has become more and more reduced, with new equipment and technology being eased in to use. The ultimate aim from leaders such as Siemens & Toshiba is to develop systems that will result in manufacturing processes becoming a completely unmanned activity. Already, with the creation of advanced variable speed drives that monitor and regulate the speed of motors in use, and programmable logic controllers that can be set to implement actions in the event of one of millions of potential situations, the automation sector is booming.

But moving on from useful components such as motor control gear, circuit breakers, electric motors, and safety sensors, how will factory automation continue to develop on a wider scale, looking specifically at more advanced technology and complete systems.

Robotics and autonomous systems are becoming a much more prominent part of factory automation, with the technology behind this becoming constantly more revolutionary. Several technological giants have whole divisions dedicated to the development of automation, with ABB one of the most prominent.

ABB's journey into robotics began several years ago, when amongst many 20th century achievements, ASEA launched one of the first industrial robots in 1978 before their merge with BBC to become ABB.

Following the creation of ABB, the strides in the advancement of automation continued, with the launch of FlexPicker, a delta robot made for picking and packing in 1998, and the creation of the Extended Automation System 800xA in 2004. In 2014, ABB unveiled "the world's first truly collaborative robot", known as YuMi. YuMi was seen as a functionality breakthrough, being completely human-friendly and unlocking worldwide automation potential.

Today, ABB are at the forefront of the robotics market, and have become one of the world leaders in supplying industrial robots and software, and complete application solutions. So far, ABB has installed over 300,000 robots, and are continuing to develop the latest technology to increase the level of robotic functionality on the market. Products include the IRB 5350 door opening robot, the IRB 52 compact painting specialist, and the IRB 760 palletizing robot, capable of rotating heavier and larger objects in less time than any other robot.

Manufacturing company Yaskawa is another big producer of robotics, with them introducing Japan's first ever all-electric industrial robot in 1977, later establishing "Motoman Robotics" in the 1980s.

Yaskawa currently produces over 150 industrial arm models, and has created more than 380,000 robots. The current Yaskawa Motoman mission statement is:

"Efficiently deliver high quality, innovative robotic solutions that help our customers and partners to be competitive globally, and to provide the highest level of customer satisfaction in the automation industry."

The production of industrial robots is already a highly lucrative activity, with more and more factories making use of them. At the current level, a majority of robotic and autonomous systems take time to install. Designs may need to be bespoke to the situation (i.e environment and function), and will take a lot of resource to be installed and architected by an expert.

This is something that is covered in the future development of industrial robots. As technology becomes more advanced, robots are now more mass produced than previously, meaning less bespoke designs are needed. This means robots can be used out of the box, with a more simple and less time consuming integration.

The Future of Factory Automation

Going into the future, the aim will ultimately switch to make factories completely unmanned. Even where processes now have become wholly automated, staffing is still required for safety, quality control, and maintenance, but the future may see sensor technology develop to the next generation of development, to ensure an ultimately safe industrial environment.

Data compiled by McKinsey & Company shows that in 1990, the cost of industrial robots was on par with that of a human workforce, but since then, labour costs have more than doubled, while the price of robots has become more and more affordable, leaving a large gulf in price between the two options. With the trend already set, robots are now the more cost-effective option for industrial businesses, and as technology continues to improve, the number of human employees required to keep things working smoothly will drop. 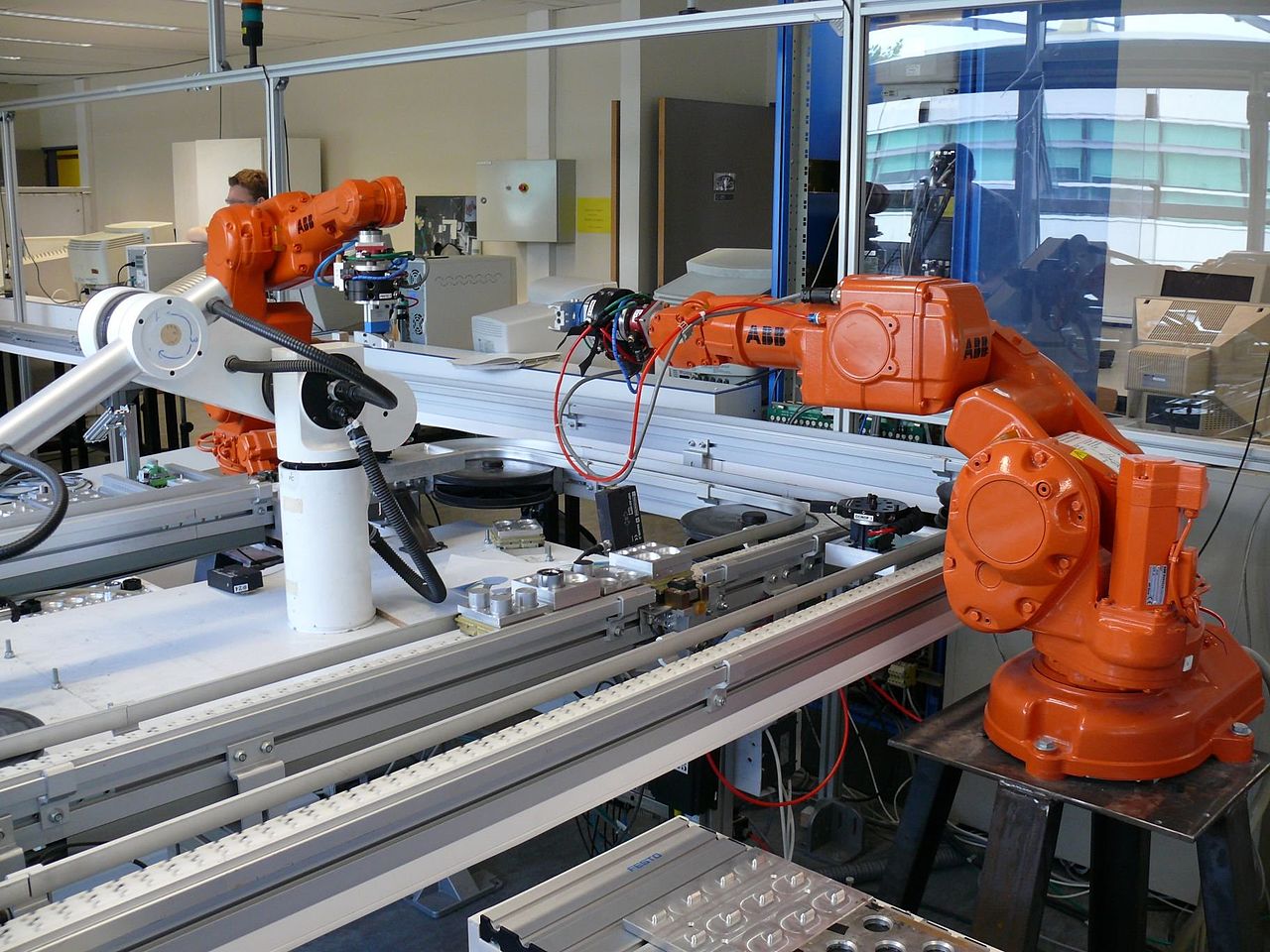 Industrial robots have had increased presence in factories over the past few decades, but it’s the type of robots in use that is making waves going forward. AI (artificial intelligence) is becoming a popular buzzword/phrase across many industries, and it’s no exception when it comes to talking about industrial robots. Whereas robots have previously been programmed to complete set tasks, self-learning is the future, and in a guest blog for Automation World, Michael Lindley talks of Fanuc’s work in this sector: “In this scenario, once the robot is configured, it will spend some amount of time figuring out how to complete the task via trial and error, and within a short time the robot will have mastered the task as well as if it had been programmed by an engineer.”

Jim Pinto from Automation.com believes that the future of automation will result in not just a change to processes, but the overall set-up of operations, stating: "The large, centralized production plant is a thing of the past. The factory of the future will be small, movable (to where the resources are, and where the customers are)."

Overall, it’s looking more and more likely that the industrial landscape will change massively over the next decade or so. We’ve gone from wholly staffed factories, to seeing some processes become automated, reducing the level of workforce costs. The next stage in many cases is the removal of all staff, leaving fully automated, robotic systems, leaving behind a small number of human workers for maintenance. Not only that, but the future ideal is ‘flexible factories’, moving towards resources, which will all come down to how new technology is developed, and how new systems are built and installed.