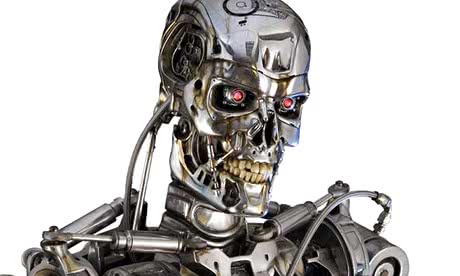 Metal Mickey, The Terminator, R2 - D2, CP30, Wall-e, and Kitt are all robots that have become iconic characters we couldn’t imagine living without. However as the development of programmable logic controllers and artificial intelligence continues to improve, the possibility of robots replacing humans in the workplace is becoming more likely as time goes on. Robots have already become permanent fixtures in the production line of the car industry and are likely to spread into other factories as time goes on.

Robots in factories are not designed to look like human beings because they only require the necessary parts to complete a task. Robots are essentially programmable logic controllers that are assigned to do a particular job. Robots tend to carry out just one task and their abilities are restricted by the person who has programmed in their commands. It will be many years before androids like Data, from Star Trek, start showcasing their amazing cognitive and physical abilities - we hope.

Even so existing programmable logic controllers have already replaced human workers who do unskilled repetitive work. Humans tend to take on the role of maintenance to make sure that the robot can continue to function. Administrative jobs are at risk in situations where the job can be done with very little human contact. However if your job is creative, requires negotiation or the milk of human kindness there isn’t a programmable logic controller for that.

The main issue with robots is that they are not particularly mobile, unless that is the purpose for which they are built. For example robot porters in a hotel would essentially be automated trolleys that transport your luggage to your room. The receptionist could look human but would have a limited personality and may not pick up on whether you are having a good time or not.

As programmable logic controllers become part of everyday life the type of jobs humans have may include; robot maintenance worker, robot charging supervisor, robot programmer and robot dresser. In an interesting paradox until robots become more like humans we are going to have to look after robots to make sure that they are well maintained.

It will be very interesting to see if programmable logic controllers and robots will replace humans is dystopian kind of way or whether we run out of the resources to power our new metal workmates. Machinery and automation has always replaced jobs in the workforce, this has been particularly noticeable in farming. Maybe a solution would be to learn how to invent programmable logic controllers and your skills will always be in demand.

Whatever the future holds it will be interesting watching the robots being developed and being a novelty at first then maybe a threat.